I'm a big believer in the "power nap".  Just a good 15-20 minutes of shuteye will do wonders to improve my mood and energy level.

My form is key.  I kick back in my recliner and pull my hoodie over my eyes.  If the dogs or kids are being crazy, I also include earbuds with some "instrumental jazz" playing.  Having lyrics will sometimes turn my brain on and make me want to sing along.  So, the instrumental portion of the music is important.

I'm pretty sold on my way of napping...but maybe you'd like to try something a little different.  Perhaps you see your dog curled up on her dog bed and you think, "I'd sure like one of those for myself".

One of them recently saw a custom bed that a friend made for their Great Dane, and realized it was almost big enough for a person to sleep on.

You can pre-order one through Kickstarter for $350.  And they eventually plan to sell them for $500.   It seems like plenty of people are interested though.  They were hoping to raise $25,000 to launch the business, and they've already raised over a hundred grand.

They say their first orders should ship in November, so just in time for Christmas.

The base is made from orthopedic and memory foam, it has borders which you can tuck your feet and hands or arms into, and it's covered in a soft, pleasing faux fur.

It's a relatively unique product on the market, the pair say, with distinct differences from anything similar, like a bean bag. With the borders allowing for limbs to be tucked in, it mimics a weighted blanket in some ways. 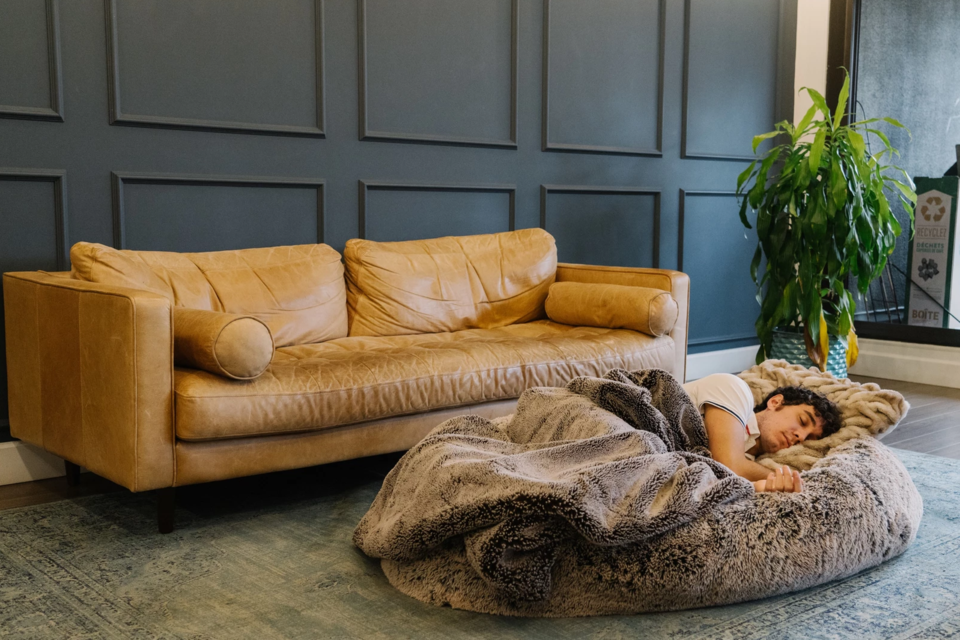 Museums Within Driving Distance of the Quad Cities

"There isn't a museum I won't go to. The stupider, the better."
Michaels' statement this morning sent us into a good hour of discussion about museums within driving distance of the Quad Cities. Our listening family has clued us in on little hole-in-the-wall museums we never even knew existed, and they're just a hop, skip and a jump away from us.
Here's our highlights.

This mansion hidden within the trees is waiting to be purchased!
Categories: Articles
Comments
Leave A Comment
Keep Your Snow Shovel Handy, We’re In For a Big Wet Storm
Rural Iowa Dog Breeder Charged with Seven Counts of Animal Neglect
Support The Troops and High School Sports With Free Game This Weekend
Get Naked And Explore A Fun Car Show In This Small Village In Wisconsin
Tommy Lee Shares A New Photo Of His Junk, Calls Out Planters Peanuts
Countdown Begins On New Oh So Sweet! Location, Jobs Available