Enter your number to get our free mobile app

The storm on Thursday was a doozey. At first we had massive snow flakes that really made the snow accumulate. After that was extreme gusty winds that blew that snow all over the place. Now that the storm has passed, we can see just how much snow we got within the past 24 hours.

Before we get to all of the snowfall totals, the good news is once again, we didn't receive the most snowfall, compared to other areas. Marion, IA saw the most in Iowa and reported 6.5", according to the National Weather Service.

Freeport, IL saw the most snowfall on the Illinois side. They reported 4.5" of snowfall yesterday.

Here in the Quad Cities metro, we saw snowfall totals over 4" of snow. The Davenport Airport reported 4.6" of snow, which is the highest snowfall total reported in the metro.

Below is a map of Iowa snowfall totals from Iowa State Mesonet. 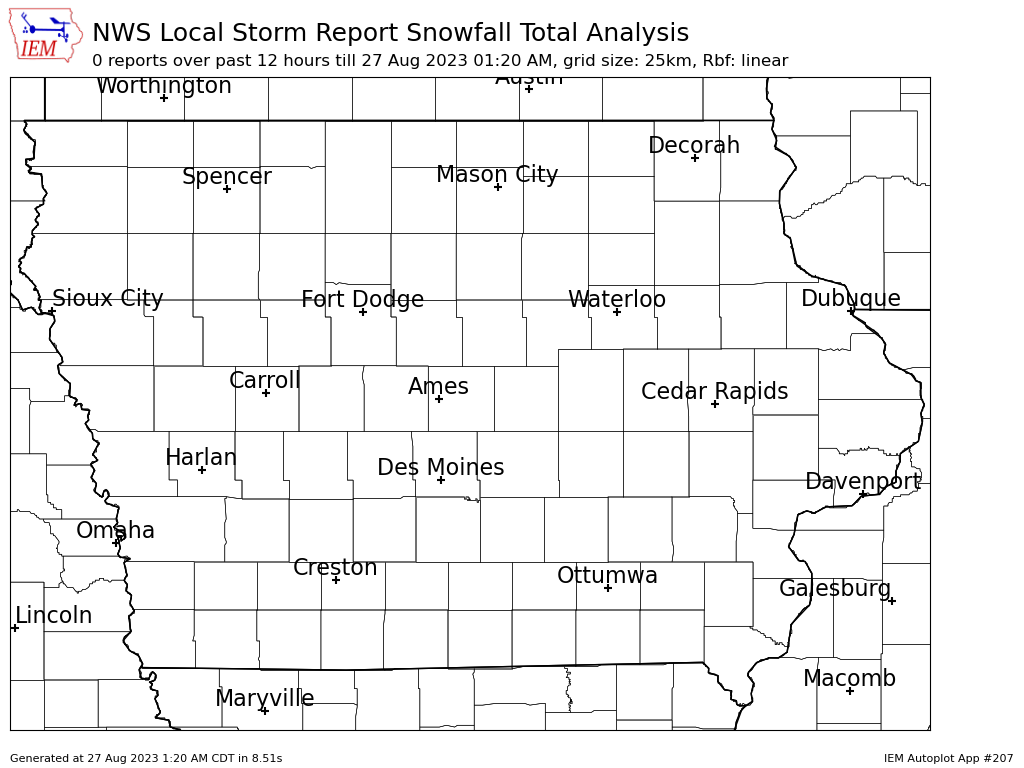 We could actually see another inch or 2 of snow this weekend. This is the forecast according to the NWS of the Quad Cities:

Below is the list of snowfall total reports from communities in the B100 listening area according to the National Weather Service: