This brewery has been teasing us about a new location for a couple of years now. Teasing can be fun, but not when you're talking about delicious beer and more venues to enjoy that pint of gold.
The brewery in question already has one popular location and brews that are so successful you'll see their succulent suds in bars and restaurants all around town. So why not open another location? Here's the rub. The pub announced they're expanding to another Quad City location in the form of a golf 'pro shop.'
With a thirst for beer we went on a quest for more information. Here's what we've learned.

That Ain't No Pro Shop

When this brewery announced its expansion they showed us renderings of a "pro shop" that ended up looking nothing like the actual building that's now up in LeClaire, Iowa. Take a peek; we have pictures below.

Were the sudsy sleuths throwing us off the scent? Were they tricking competitors into thinking it was actually going to be a sporting goods store?

According to an article posted in May, the QC Times reps say the additional location will be a brewery

and a restaurant with 10 golf indoor hitting bays that open to outdoor range patrons could use during any season.

But from what we can tell...there's no room for an indoor range.  So what gives?
Here is a couple of the original drawings: 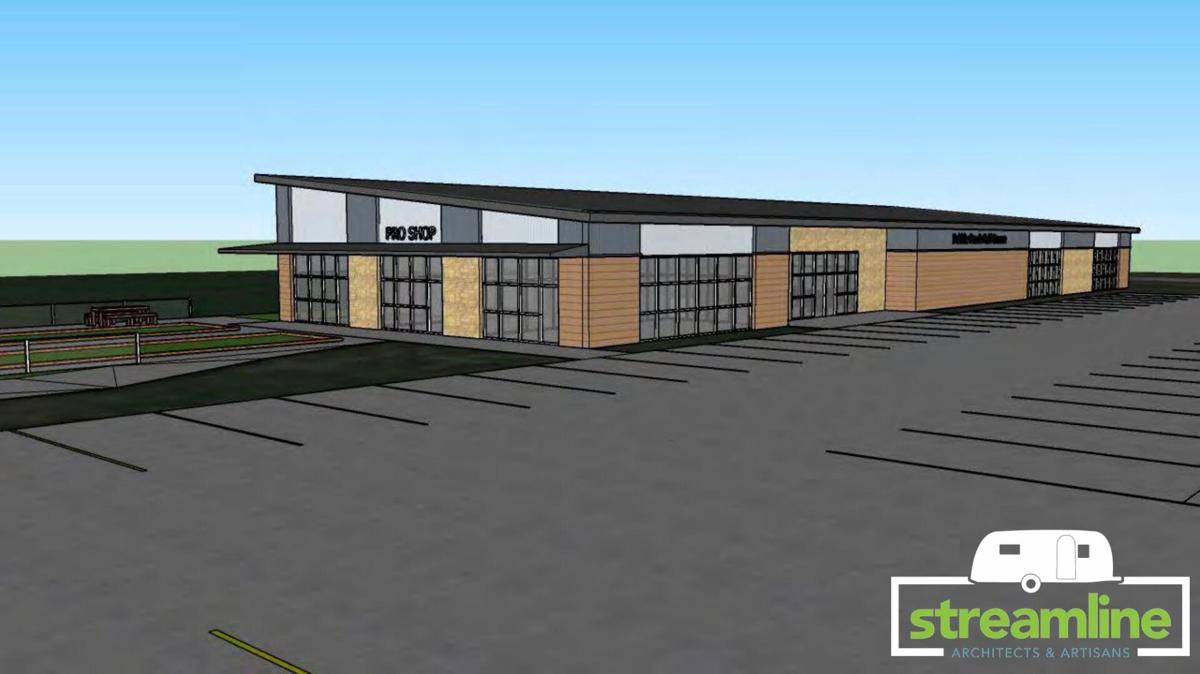 It all started with a cryptic post from Bettendorf's 5ive Cities Brewing in November of 2021 saying, "Dream big…coming 2022."

Then there was a TikTok video showing off some new equipment in a new space...

The New Brewery in LeClaire

The new brewery is at the corner of 35th Street and 195th Street just next to the Clubhouse at Pebble Creek in LeClaire, Iowa. Forest Grove Road turns into 195th Street.

5ive Cities' 2nd location is finally up. Complete with a giant sign for everyone to see. So, it's not exactly a secret. But their opening date apparently is. So, we sent our super sleuth reporter out for a few shots of the building in anticipation of its grand opening.

The Success of Bikini Bottom

We KNOW that 5ive Cities has struck gold with their Bikini Bottom Pineapple Wheat beer.  Over the past few years, it's ubiquitous.  It's on tap in every bar and restaurant in the QCA, it seems. It's hard to keep up with that sort of demand, so instead of going with a contract brewer...it would make sense to just go bigger.

We can't WAIT to check out their new location.  So, here are a few pics of what will be.

New 5ive Cities Brewery in Leclaire, Iowa: What We Know So Far

Here's a few snaps of the new brewery going up in LeClaire, Iowa

We asked people of the Quad Cities, "What are the stinkiest places in the Quad Cities area?" A place that you drive by and say YUCK! That STINKS!
This is what people had to say:

Barbecue, Pizza, & Beer-Illinois' Route 84 has Some Hidden Gems This Time of Year

Road trips aren't complete until you've stopped into some hidden gems along the way.
Filed Under: 5 Cities, 5ive Cities Brewing, craft beer, Iowa, LeClaire
Categories: Articles, News, Newsletter, Original Features
Comments
Leave A Comment
Heated Pool Anyone? Iowa AirBnB is the Perfect Winter Getaway
Don’t Tread On Iowa: The Saying That May End Up on Your License Plates
Iowa and Illinois Reach Impasse On Tug Fest, Changes Coming
Hot Damn! Get Ready for Some Dam Tacos: Coming Soon to a Familiar Spot
The World’s Most Crooked Street: An Iowa Road Trip Like No Other
Raise a Glass to Innovation: Unique Beer Offerings at Quad Cities Breweries
LeClaire Celebrates the Return of the Bald Eagles With an Inaugural Festival
The Great LeClaire Spelling Debate: Settling the Score One Last Time
Brewery Closes, Wins 6 Medals at World Beer Championship, Opens Temporarily