Due to some winds, hail, and thunderstorms expected to be rolling through the area on Saturday, they have postponed the RME's Beatles Tribute until the following day, Sunday, June 26th at 6:30pm

Rock Islands’ Schwiebert Riverfront Park will be transformed into a landscape you’ve never seen before with an amazing Beatles' tribute called Kaleidoscope Eyes.

All Sweat Productions, are known for some incredible musical performances like tributes to Green Day's "American Idiot", the artists who played at Woodstock 1969, Prince’s “Purple Rain”, The Band’s “Last Waltz”, as well as soul legends like Aretha Franklin and James Brown along with a healthy dose of reggae.You may remember last year's performance of Abbey Road where a surprise group of musicians reenacted the classic album from the boys from Liverpool along with some of everyone's favorite Beatles tunes. 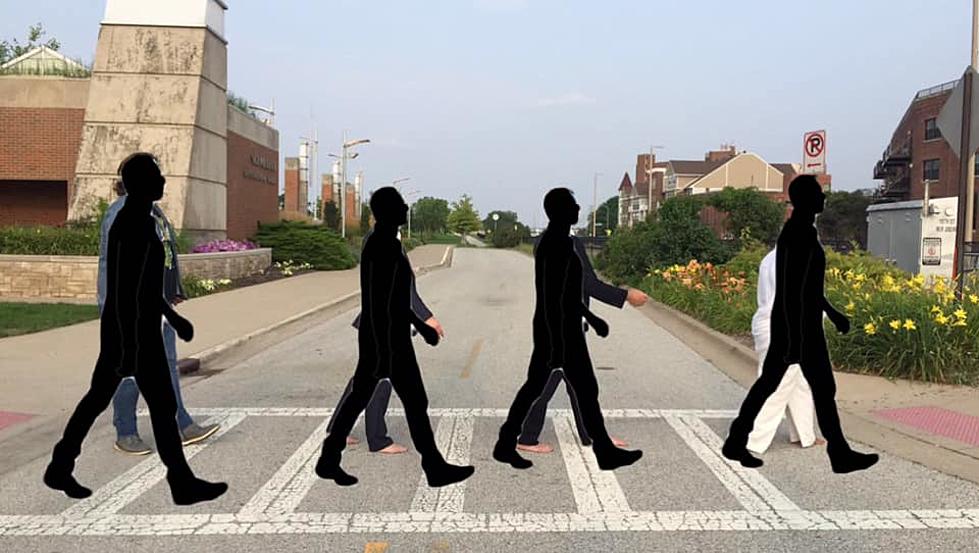 They're Doing It Again

According to the Facebook Event Page: this year All Sweat, with help from Rock Island Parks, Rexroat Sound, Bent River Brewing Company, and River Music Experience is:

Pulling together the creative power of the Quad Cities for an All Sweat Beatles tribute like you’ve never seen before.
Musical performances from over 25 of your favorite QC musicians will be accompanied by performances from Acroyoga Quad Cities' circus and flow artists and members of Quad City Symphony Orchestra!

Wait...did they say they're including a circus?  This is something you don't want to miss especially if you're a Beatles fan (and who isn't?) The fun happens  SUNDAY, June 26th due to some severe weather expected Saturday
I can't wait to see who they line up to play together and recreate some of the best music ever played with some of the best musicians the Quad Cities has to offer.

How To Get Tickets

The Best Tenderloins in the Quad Cities Area

Here are some of the most amazing tenderloins the QCA has to offer!

Inappropriate And Funny Bumper Stickers in the Quad Cities

Yes, these car stickers have actually been spotted in the Quad Cities.
Filed Under: Quad Cities Beatles' tribute, Rock Island Schweibert Park
Categories: Articles
Comments
Leave A Comment
Hot Damn! Get Ready for Some Dam Tacos: Coming Soon to a Familiar Spot
The World’s Most Crooked Street: An Iowa Road Trip Like No Other
We Have Your Tickets To This Weekend’s Quad City Storm Games
22 Yr Old Assistant Coach Suits Up For 13 Yr Old Basketball Team
23 yr Woman Faked Death By Killing Her Look Alike
One of the Top 20 Most Beautiful Small Towns in the US is a Short Drive From Us
WATCH: Huge Boulder Crashes Through Home, Barely Missing Woman
Illinois Woman Accused Of Stealing $1.5 Million Worth Of Chicken Wings